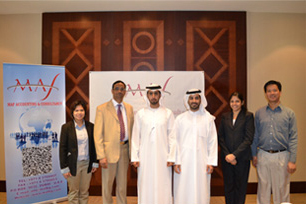 Businesses in Dubai look forward to closing the year 2012 on a high note, according to the latest quarterly business survey conducted by the Department of Economic Development (DED) during July-September 2012.

The composite Business Confidence Index in Dubai rose to more than 122 points during the third quarter of the year, an increase of over 15 per cent on the previous quarter and 6.5 per cent on the same quarter of 2011. High levels of activity expected during the fall was a key factor keeping businesses buoyant on sales and profits.

Nearly 68 per cent of the businesses see stronger results during the final quarter of 2012 while 22 per cent expect stable outcomes. Expectations are the highest among manufacturing firms.

A high level of optimism is reported by services and trading firms too due to the coming festive season and growing inbound tourist traffic. Overall business sentiment during the third quarter also reveals that 45 per cent of companies saw no notable business challenge, reflecting an improvement in the perception of the business environment in Dubai.

“It is now clearly established that business in Dubai is in full swing and growth is here to stay. The overall business sentiment and expectations for the rest of the year shows that the sectors key to Dubai´s economy are set to perform remarkably well and fuel growth,” commented Sami Al Qamzi, Director-General, Department of Economic Development.

“The measures being implemented by Dubai to shore up investor confidence and facilitate economic activity have had a profound impact as is evident from the inputs businesses provided in the latest quarterly survey,” Al Qamzi added.

Mirroring the rising expectation on sales, 63 per cent of the companies are planning to increase their new purchase orders in the next quarter. The manufacturing sector expects higher sales volume than other sectors, with 78 per cent expecting rising sales in the next quarter, compared with 67 per cent in the previous quarter.

Within the services sector, construction-related firms are the most optimistic as they expect new projects from local as well as regional markets. Among the service sub-sectors, advertising firms anticipate more business in the fourth quarter, compared to the second and third, as demand for advertisements and promotions go up during the festive season.

Businesses also painted a stable picture of the employment situation with 94 per cent determined to maintain their current workforce and a further six per cent planning to hire additional workers in Q4 2012. None of the businesses expect to decrease their workforce.

The overall assessment for Q4 2012 is that business will get better, with 95 per cent expecting either improvement or stability in comparison against 85 per cent only in Q3 2012. The investment outlook for Q4 is also stable compared to the outlook in Q3, with large companies expressing more interest in expanding their productive capacity than SMEs.

Challenges cited by businesses in the third quarter were almost similar for SMEs as for larger enterprises. While competition remains the top challenge, insufficient demand, cost of raw materials and government fees follow in that order.

A total of 520 companies in Dubai were covered in the survey. The companies were asked to indicate if they anticipated an ‘increase,’ ‘decrease,’ or ‘no change’ in key indicators such as sales revenues, selling prices, volumes sold, profits and number of employees.

Conducted in collaboration with the consultancy firm Dun & Bradstreet (D&B), the quarterly survey uses a rigorous sampling approach that ensures adequate representation of small, medium, and large enterprises across the manufacturing, trading, and services sectors, while giving due attention to the perceptions of Dubai´s exporters. 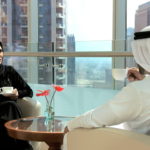 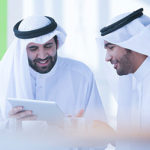